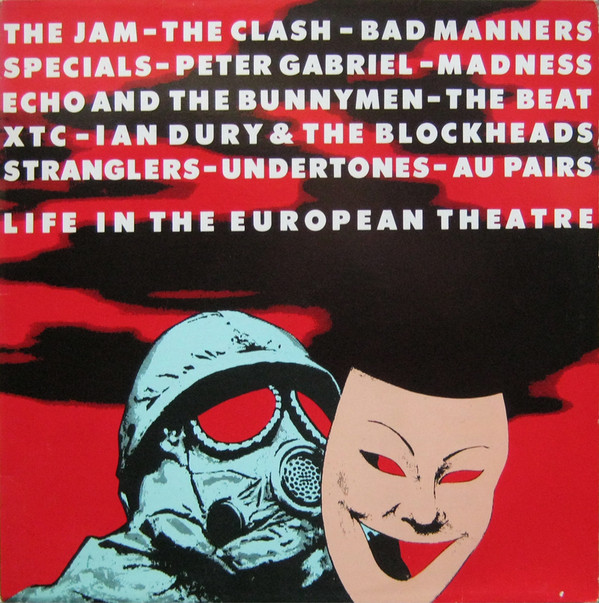 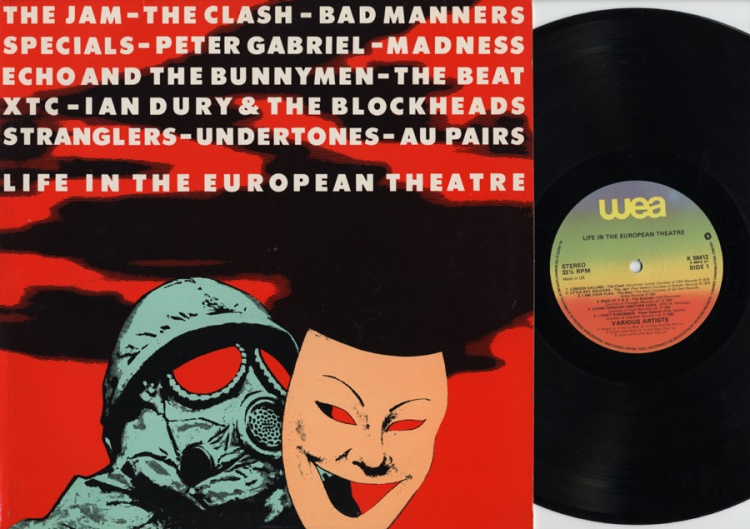 Track listing:
The Clash – London Calling / The Jam – Little Boy Soldiers / The Beat – I Am Your Flag / The Specials – The Man At C&A / XTC – Living In Another Cuba / Peter Gabriel – I Don’t Remember / Ian Dury & The Blockheads – Reasons To Be Cheerful (Part 3) / Madness – Grey Day / Bad Manners – Psychedelic Eric / The Stranglers – Nuclear Device / The Undertones – It’s Going To Happen / Echo & The Bunnymen< – All That Jazz / The Au Pairs – Diet

Released in late 1982, the vinyl version of this compilation was given to me as a Christmas present. It was one of those records that went onto continuous rotation or as continuous as a record could be with the need to get up and flip the sides after half an hour or so.

The proceeds of the album went to the Campaign for Nuclear Disarmament, an added to an achingly hip teenage youth with left wing leanings. Oh, you may mock but this was a time when I was told that anybody under the age of thirty who voted Tory didn’t have a heart whilst those who were older and voted Labour, didn’t have a brain. So much to answer for, Michael Foot.

Buying it probably broke my mother’s heart. This is a woman who is politically to the right of Genghis Kahn so passing over cash to such a cause would have caused her great distress. That’s if she noticed at the time that it was the beneficiary; I don’t recall it being plastered over the front cover so it may have too late by the time she saw that.

It’s a quintessentially British lp, drawing a map of English music from punk through mod and Two Tone to the post-punk of The Au Pairs. Indeed, they were the only band on here not to have a Top Forty hit instead being a more permanent fixture in the Indie Charts at the time.

But from The Clash’s post-apocalyptic classic through to Diet, there is a distinctly British vision of life and the impact of the nuclear arms race, even with XTC and The Beat invoking American conflicts since World War 2 ended.

The songs are mostly familiar. The Clash, Dury, Madness, The Undertones and The Stranglers all charted with their singles whilst the others are drawn from what are widely regarded as the bands’ best recordings. It’s an album which demands your attention through the quality of the songs offered.

The US version of this release dropped Ian Dury and The Blockheads, replacing it instead with The Doors, “Peace Frog”, which I’ve included on the playlist below. Peter Gabriel hasn’t put his back catalogue on Spotify so the track is missing: the video is below.